Take your readers on a 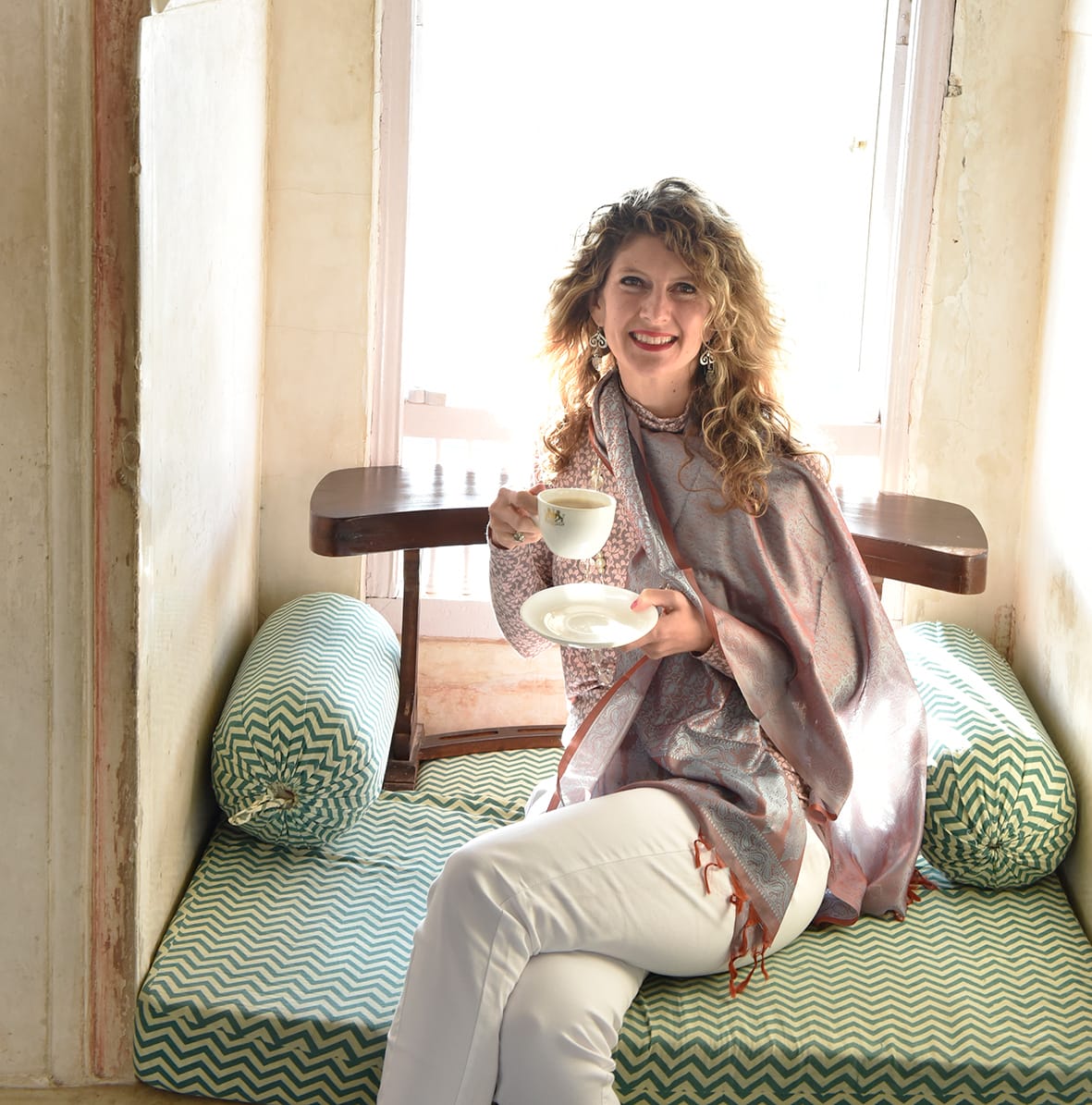 What does it mean to be alive at a time of late-stage patriarchy and environmental collapse?

For me this points to the urgent need for a restoration of the archetypal feminine, and more specifically, to renewed cultural reverence for a woman's body.

Why? Because the dominant culture has treated women's bodies in the same way as it treats the Earth: both have been desecrated. Yet a woman's body holds a creative, relational and cyclical intelligence that is urgently needed. It knows it is not just part of nature, it is nature.

The body is the literal source of life as well as the metaphor, and we have much to learn from its wordless intelligence.

Your view of the archetypal feminine might represent something quite different, and I celebrate this. We all have a unique view to share, and it's only via collective contribution that we can bring about the cultural transformation we long for.

The body is like the earth... as vulnerable to overbuilding, being carved into parcels, cut off, overmined, and shorn of its power as any landscape." - Clarissa Pinkola Estes, author of Women Who Run With the Wolves

My offering to you:

You are a part of the deep feminine awakening that is happening on the planet at this time. You're called to contribute to a re-flourishing of life: you feel it in your blood and bones.

Your non-fiction book will be your emissary.

I'm here to help you succeed.

Masters in Writing (1st class honours) from the National University of Ireland in Galway.

Walking Towards Ourselves: Indian Women Tell Their Stories is a non-fiction book of mini memoirs about the gender revolution in India, the most dangerous place in the world to be a woman at that time. It went to #2 on bestseller lists and featured prominently in the media.

The anthology launched at Jaipur Literature Festival in India; this was followed by a speaking tour to Delhi, Melbourne, Sydney and Byron Bay writers festivals.

If you'd like to learn more about me, here is my more personal backstory, in 5 snippets:

(Click on the dots to open & close. Skip if back history isn't your thing!)

A BOOKWORM & THE BODY SHOP

As a child, I was a book-worm: I injured my back from carrying too many library books around in my school bag.

I read these inside The Body Shop, where I would go after school. My mother had opened a branch for Anita Roddick in Edinburgh, at a time when the products were still home-made. This was my introduction to the work of a feminine visionary, to the intersection of nature and the body, and I loved it.

However, when I was ten, we moved from Scotland to Australia. My mother closed her shop, and my life was turned upside down.

VERTIGO & AN INABILITY TO WALK

Feeling like an outsider in Australia, I buried myself in scholastic pursuits. Books and arthouse films saved me. At university I completed an Honours degree in English (my thesis was about masculinity in cinema). I believed I would go on to write books on film theory.

However, on the day that I submitted my thesis, I fell ill. I remember crawling on my knees through the garden to get to my front door.

I was struck down with vertigo so badly, I could barely walk for the following year.

No conventional doctor could figure out what was wrong with me, but eventually a Balinese healer came to my aid. He cured me in an afternoon with a set of acupuncture needles.

We became friends, and over time he taught me how to re-inhabit my body, so that I was no longer seeing it as a 'brain taxi', separate from my mind in the Cartesian sense, and instead, to discover it as an integrated and highly intelligent energy system.

I woke up to why I was off-balance: I had been giving so much importance to the cerebral that I could no longer feel my feet.

In the Jungian sense, I'd been living from the neck up in logos (left brain, the realm of logic and the rational) and was split off from my eros (right brain, psychic relatedness, intimacy, body, deep feeling).

Over time I've come to see that this problem wasn't unique to me, even though I was an extreme case. It's the 'overstory' we're all living with to a greater or lesser extent, resulting in a widespread loss of empathy, joy, connection and true aliveness.

A CAREER IN GLOBAL STORIES & IDEAS

For 16 years I have worked with literature and film festivals around the world. I love the live experience: the thrill of observing how narratives can move, influence and expand an audience's perceptions of life.

As Steve Jobs said, "The most powerful person in the world is the storyteller. The storyteller sets the vision, values and agenda of an entire generation to come."

I've contributed to the programming, production and presenting of some iconic world events, including:

THE SACRED FEMININE IN BALI & INDIA

While living and working in Bali and India for over a decade, I absorbed the many faces of the sacred feminine. These are still a vital part of these cultures, actively worshipped and ubiquitous, even if patriarchal values are primary.

The archetypal feminine - expressed in sculpture, painting, dance, drama, mythology - seeped into my bones, expanding my sense of what the feminine is and can be, loosening internalized constrictions that I'd been blind to, inducing a more blissful state of being.

A BESTSELLING BOOK & THE DALAI LAMA

This drew me deeply into issues of violence against women, not just in India but globally. My eyes opened: I also began to perceive the subtle, near-invisible forms of violence against the feminine that we are all profoundly affected by, because they have been embedded in the dominant narrative for thousands of years.

In 2018, I had the great fortune to have a private meeting with His Holiness the Dalai Lama. I asked him why he had famously said that "the Western woman will save the world." His response was simple. "Be active," he said. "Be active." He said it over and over and over again.

This was the same year the Weinstein story broke.

Stories with Spine was born out of the confluence of all this, to counter the misogyny embedded in influential storytelling industries, and contribute to bringing the archetypal feminine back to life.

It takes a heroine's journey to get there.

Multiculturalism. Born in Switzerland to a Scottish father and German mother, I was raised between the UK and Australia. I love Bali, long to visit Nigeria and Morocco, and have a long-standing love affair with India, where I've worked on literary projects and events since 2010.

Shakespeare & Co, Paris. I'm so glad this iconic bookshop (and original publisher of James Joyce's Ulysses) still exists. I lived in the shop's upstairs library, opposite the Notre Dame, for a summer in my 20s. It was magical.

Journaling. Inspired by Julia Cameron's The Artist's Way, I've written morning pages (almost) every day for 23 years. They help me dial down the noise of the external world and tune into my inner being.

Dance. Not for performance but for joy. I've been devoted to Gabrielle Roth's 5Rhythms since 1999, and am a certified teacher. I dance every day. I get my best ideas this way. When I have a problem, I dance it out.

If you and I ever meet in person, let's dance!

Dance, when you are broken open.

Dance, when you have torn the bandage off.

Dance, in the middle of the battlefield.

Dance in your blood.

Dance when you are completely free.

Discover 5 ways to create transformation with your non-fiction book